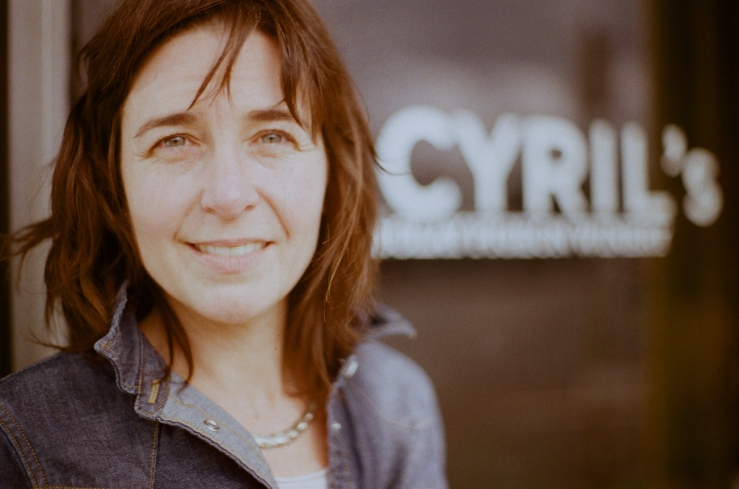 Last week, I explored the wonderful world of cheese through the eyes of a monger, Sasha Davies of Cyril’s & Clay Pigeon Winery in Southeast Portland. I was so excited to visit her restaurant because I have always been a glutton for cheese. I will gladly sit and munch away at a wedge without anything but pure ecstasy written upon my face. While tasting the earthy landscape of a French goat cheese, I rifled through Sasha’s index of knowledge, and received insight into the life of a cheese monger.

Sasha began working in cheese after 7 years as a project manager in financial services. She wound up getting a job at a cheese center in New York City on the outskirts of Hells Kitchen. “They were importing cheese from around the world––caring for it, aging it, and selling it.” It was there that she began an internship with a woman to help in affinage. “When I accepted the position I had no idea what affinage was, but I wasn’t going to tell anyone that” –affinage is the French word for aging cheese. She worked in what the center called cheese caves that incubate the cheeses, and was swept away by the process. She loves that by tweaking a fairly “basic” recipe thousands of radically different tasting cheeses can evolve. After that first year of discovery, she was still unsure of the road ahead of her, and wondered if she could get the general public interested in artisanal cheese as well. With her love for radio journalism, and telling stories, she set out to create a podcast, Cheese By Hand. Roaming across the country interviewing farmers, and mongers she spent hours arranging the gathered information, and sharing stories with the world––but, originally hailing from California, she missed the west coast. With Portland’s proximity to grapes, and Sasha’s husband dreaming of winemaking, the two of them packed up, and moved west.

In an industry that is dominated by men, Cyril’s is a breath of fresh air in Kitchen Culture. The first kitchen she experienced was akin to a frat house that she was unsure she had the guff to handle. She didn’t want to “act like a man” to survive in the kitchen. Femininity shouldn’t be a crime; the focus should be on the food. “I never thought I would work in a kitchen, let alone run one.” In the end, her love for food trumped all, and the by-product is a restaurant ran on creativity, love, and passion.

When asked if she likes making cheese, Sasha laughed and replied, “I am much more Ramona Quimby, than Martha Stewart. You can make edible cheese no problem, but good cheese is really hard. It is so much more meticulous than you would think.” The comparison between herself, and the fictional character is pointed. Ramona who is a rambunctious girl with hair slightly tousled, and a strong imagination is staring back at me through Sasha’s eyes.

Cyril’s & Clay Pigeon Winery is open for dinner Tuesday through Saturday. This summer they will be releasing five new wines, and will host a summer concert series. 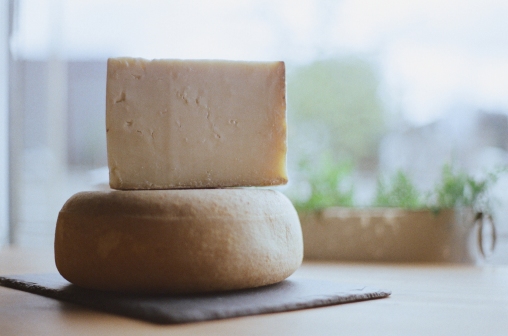